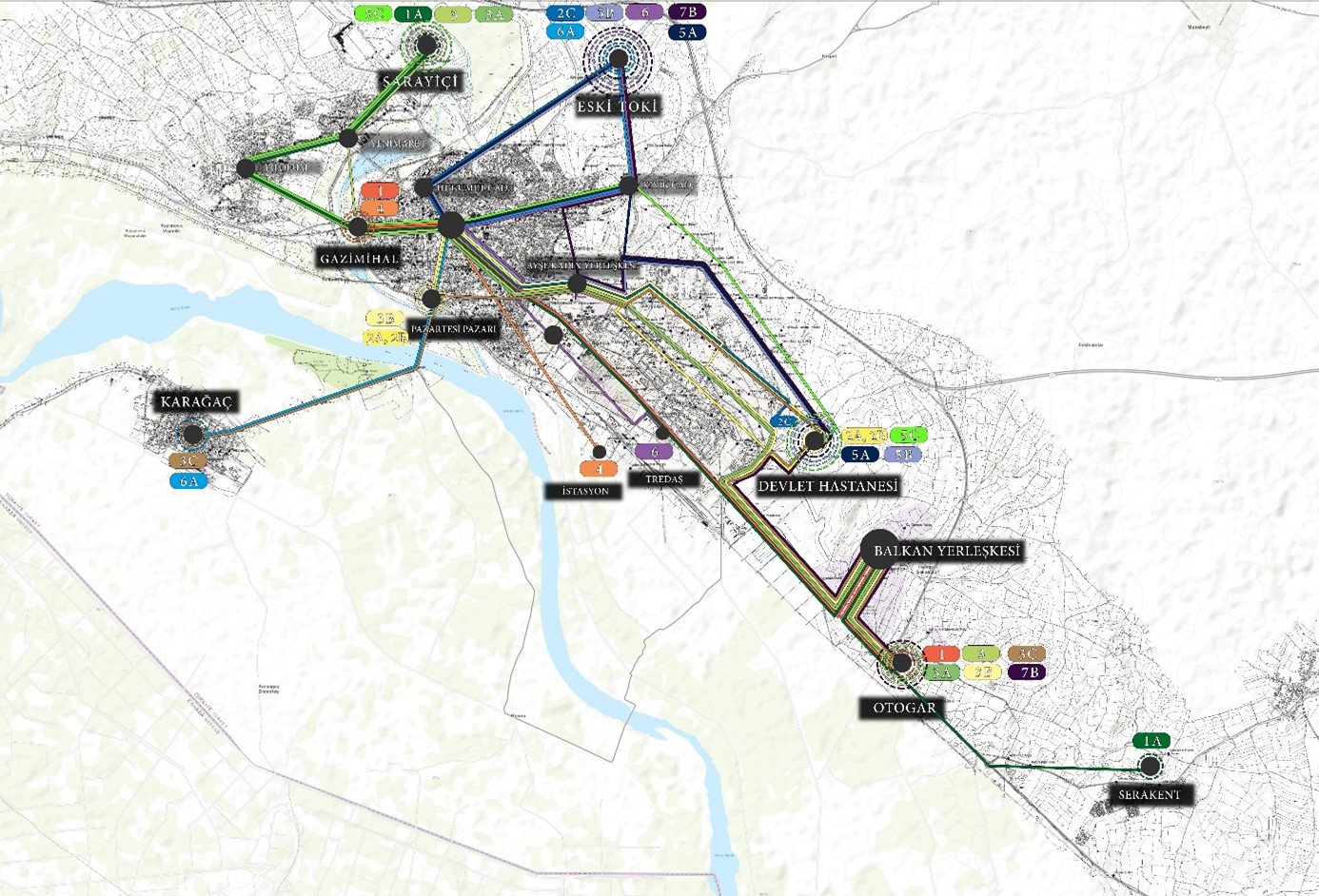 In Edirne, the first Urban Public Transport Optimization Project was first made in 2009 by our company. In the course of time, city has developed with hospitals, shopping malls, dormitories, public buildings and student population has increased parallelly. New construction plans, new residential areas also caused the transport demand to fluctuate. In this context, 2018 Public Transportation Optimization is a continual and renewal project of 2009 Within the project; number of buses has been increased from 18 to 24, number of vehicles and the frequency of departure times are also increased. In consequence of the action project that we offered to the municipality, despite the number of rounds have been increased by 39%, jouney time from A-B has been decreased by 16%