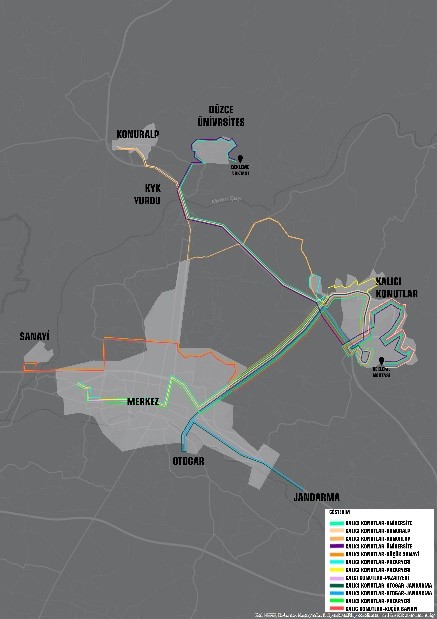 Number of public lines have been increased, number of connections and the waiting time in bus stops have been minimized in regard to this project. Route distances and journey times have been shortened. Public transport had been provided by the 12 and 18 meters buses until our project. This method was extremely harmful for municipality budget. After our project, public transportation system was privatised. After privatizaton, headways and vehicle types, models have been regulated and optimization has been completed. As part of project, a software was developed by our partner company, Kronos, and thanks to this software, duties, buses, times, drivers and rounds have been planned. After 3 months passed our software equalises all drivers, duty times, distances covered, rounds done for all public lines.